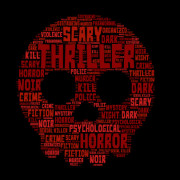 Time to flex my acting chops! Today I’m shooting a thriller! We usually have to sign an agreement prior to shooting agreeing not to reveal details such as movie name and cast. Today was no exception. My character was recently married and is blissfully happy until she encounters a serial killer. The title hasn’t been released but it’s going to be a good one! Although everyone tends to die in these movies it is a nice contrast from my usual pie in the face routine. I had to shoot my death scene 9 times today so in conclusion.. I’m a cat.